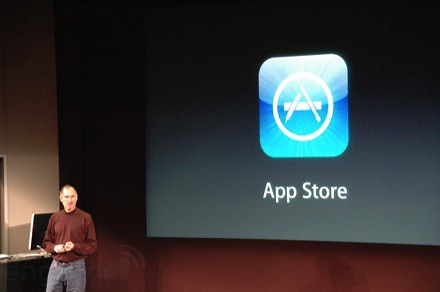 If we look around, with the end of 2019, the iPhone and the iPad users did find themselves with a busy end. As for the news the customers spent around $1.42 billion just in a week from between Christmas to New year Eve. It was like a jump of around 16% since the year 2018.

There was an annual increase of $386 million for the apps or in percentage to around 20% on the New Year’s Day alone. Even the App developers seemed to be on the profit side as they earned more than $155 billion since the year 2008 when the App store became active.

As for the free apps for iPhone users, YouTube, Snapchat, TikTok, Facebook Messenger, Instagram, all ranked among the same. while for the paid apps, Facetune, HotSchedules, DarkSky, became the top rankers therein.

If we look for the gamers and their excitement to play, they found Fortnite, Call of Duty: Mobile and Mario Kart Tour is among the best which came in the list of top 10 free games offered by App store. On the other hand, for the paid games, Minecraft, Stardew Valley and Color Bump 3D, ranked best.

Well, this is one great means for the app developers to earn better and people are spending. If we look into the stats of 2019 for the Apple App store, it brought in the sales of around $54.2 billion which were an increase by around 16.3% since the last year while the Android users spend came up to $29.3 billion which was an increase of 18.1% since the last year. It is a data provided by the Data Tracker Sensor Tower, the actual estimate is yet to be received.

As per the head of Data Tracker Sensor Tower consumers are spending more on apps and in this way, even the apps are discovering their ability to monetize themselves effectively.

Well, as per the reports, Apple said, since the year 2008, the developers earning increased over $155 billion and for this, the quarter earning was made alone from 2019, a remarkable year and this figure are after Apple took their share of 15%-30% from such app sales.

In the year 2019, just like earning, a lot more was seen, like Apple starting over with go all-on services. It also launched a gaming subscription which was called as Apple Arcade, a news offering which was named as Apple News+ and also apart from the both came in the Apple+ TV services. There was also an expansion made in the financial services which were increased by Apple-branded Credit card.

A remarkable year till date, is what we can call for Apple in its history. Many exciting new experiences apps and ways were introduced for the customers and there were also some new setting for the standards for the privacy and security of the users.

As per Apple, there are more than 100 million monthly active users in countries like Canada, Australia, US, UK, and this figure also includes one which visits the platform for free. Either way, having such progress is in itself a huge remarkable entry as a tough competitor.