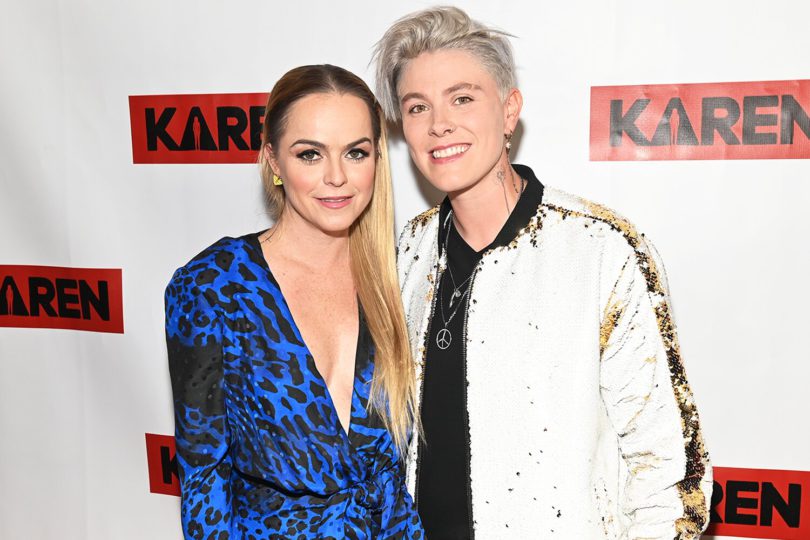 According to an insider, the recently engaged couple Anne Cline and Taryn Manning have reportedly called off their engagement and broken ties. This was done with the claim of the insider that Taryn was put on the spot and said yes out of pressure. So, how did it all come about? Let’s find out.

In June of this year, Anne Cline had a concert at a bar in Panama City, Florida. During her concert, Anne took the opportunity to propose to her then-girlfriend, Taryn Manning. Anne got off stage, approached, and went down on one knee to ask Taryn to marry her. This question was met with a yes. Later in an interview with TMZ, Taryn not only confirmed that the couple was engaged but also exclaimed that it was the easiest decision she ever made.

However, what may look like a happy couple looking forward to their marriage isn’t the case when it comes to Taryn and Anne, as according to a source who is close to Taryn, she only agreed to the proposal simply because of being put on the spot. Taryn had explained to this source that she didn’t feel as if she could reject Anne’s proposal due to the setting of the proposal itself. The proposal took place in front of Anne’s patrons in a bar that was filled. With all of the eyes and cameras being on her, she felt like she could only say yes. This is also one of the reasons why Taryn never posted an official post about the engagement on her social media accounts.

Of course, the breakup didn’t come immediately after the engagement. After spending a few months with her fiancee, Taryn realized that perhaps Anne wasn’t the right person for her. The couple reportedly broke up somewhere between late August to early September, where the breakup was initiated by Taryn.

To signify the breakup, in late August, Taryn had posted a picture of herself snuggling up with a dog, which was captioned with how she was planning on sticking with animals now and followed it up with #HumansSuckSometimes. According to the same source, Taryn is in a new relationship and has happily moved on. Of course, the cryptic posts don’t just stop there. Another post made its way on Taryn’s Instagram, this time a picture of a quote signifying that she had found someone new.

When asked about her newfound love life, Taryn evaded the topic, so instead, she was asked about Britney Spears in light of her conservatorship. The two had worked on Crossroads together, which was released back in 2002. Taryn said that she hadn’t seen or spoken to Britney for about ten years. She also recounted having a great time with Britney on the film, where they had spent weeks upon weeks in the infamous Crossroads car. Taryn talked about sharing a great friendship with Britney during the filming period. She then wished the singer the best and had nothing but love for Britney.