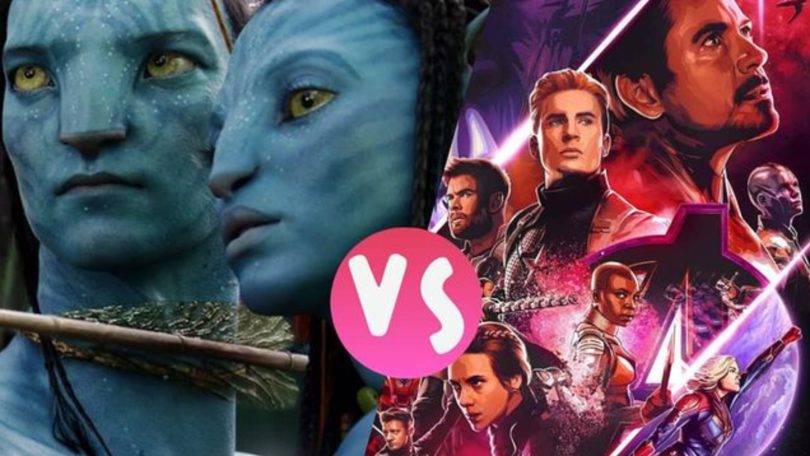 In a shocking comeback, Avatar has returned to take back its title of highest grossing movie unseating Avengers: Endgame. The movie returned to theaters in China in March, 2021 with a huge welcoming reception that soared it to Number One.

Avatar is the movie everyone became familiar with featuring blue aliens who lived on a lushly vegetative moon. Their terrain had a mineral known as unobtanium that, as the name implies, was nearly unobtainable. The story line is about a paraplegic marine who was dispatched to the moon Pandora on a special mission. He becomes torn between following his orders and protecting the world he feels is his home. James Cameron wrote and directed the movie that was first released in 2009.

The 2020 pandemic sent a lot of Hollywood movie and television producers into silence as they could not gather to film new productions. Because there was a shortage of newly produced programs or movies, fans started bringing back movies from previous years.

Marvel’s Avengers: Endgame based on American superheroes of Marvel Comics. The movie was a sequel of sorts that followed Avengers: Infinity War. Anthony and Joe Russo directed the movie and Christopher Markus and Stephen McFeely wrote the script. In the center of the plot are the surviving members of the Avengers who are trying to repair the damage that Thanos inflicted during the war of infinity. It was originally going to be titled, Avengers: Infinity War – Part 2.

Before the movie was recently re-released, both Avatar and Avengers: Endgame grossed more than $2.7 billion at the box office worldwide. Avengers: Endgame had previously had a steady lead of a little less than $8 million. But, by the evening of the re-release in China, Avatar had grossed an estimated $8.9 million which put the movie in the lead. Experts project that it will continue to break away from the now second most grossed movie, Avengers: Endgame, by finishing up at about $58 million from its most recent theatrical run.

If you think that this is the end game for the Marvel movie, think again. Don’t be surprised if Marvel reacts by re-releasing their Avengers: Endgame to take the title once again. It seems as if there is now a secret movie war at stake to take back the title. Though, when all is said and done, both movies are owned by Disney.

It seems Disney wins no matter what, since even the third highest grossing movie of all time is also a James Cameron production, Titanic. The next in line for highest grossing titles include Star Wars: The Force Awakens and Avengers: Infinity War. Viewers actually have to go all the way down the list to the sixth highest grossing movie of all time, Jurassic World, before they break away from a Disney or Cameron project on the big screen. Though, the title spot does not take inflation into consideration when tallying the box office profits. If they did, Gone With The Wind from 1939 would clearly take the prize.