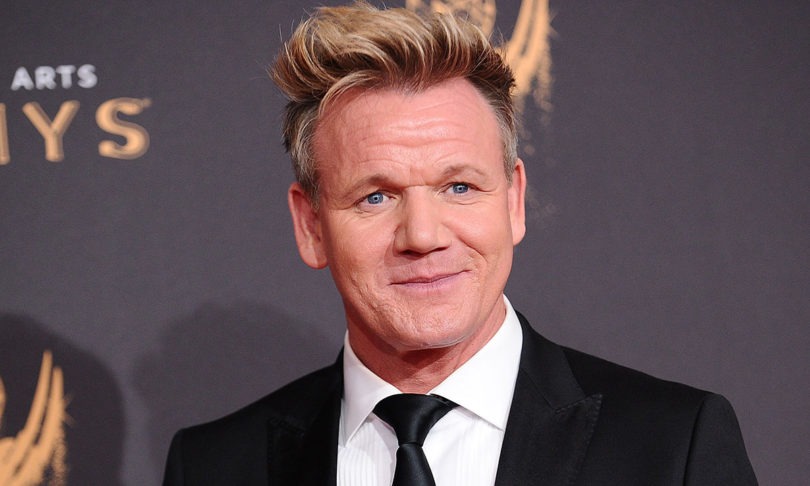 According to the reports, there was a rule of no phones at the wedding. That is because David, Victoria, and the Beckham family did not want to reveal pictures of the bride and groom. However, Gordon Ramsay went on to share some great pictures from this luxurious ceremony.

Here is everything you need to know about the wedding.

The Wedding Of Brooklyn And Nicola

The eldest son of David and Victoria Beckham, who is twenty-three years old, married Nicola Peltz, 27 years and a billionaire heiress. The wedding ceremony was the epitome of luxury, and it took place at the Florida estate of Peltz’s family. According to the reports, there was a strict policy of no phones allowed to prevent bride and groom pictures.

That is because the family has an exclusive photography deal with Vogue magazine. However, we see a glimpse into the wedding as Gordon Ramsay shares some pictures from this wholesome event.

Many A-list celebrities were in attendance at the wedding, and Gordon Ramsay was one of them. He shared a picture on his Instagram story of him looking dapper in a suit alongside Tana, his wife. She wore a beautiful golden dress of floor length.

Tilly is also in the picture, but you can’t see her properly because she is photobombing her parents. Jack Ramsay, the eldest son of Gordon Ramsay, is also one of the closest friends of Brooklyn. Many people speculated that he also would have been part of this wedding ceremony.

Was Gordon Ramsay On Duty For The Wedding?

Brooklyn proposed two years ago, and there was talk that Gordon would take of the food on the wedding day. However, from the picture he shared, we can see that the chef was off-duty during this event. Instead, Theirry Isambert cooked for this event.

She is one of the top renowned chefs, as she used to cook for President Bill Clinton. According to some reports, the food was incredible, and all the guests enjoyed endless bottles of Bollinger champagne.

Holly Ramsay, Gordon Ramsay’s daughter, also shared pictures from the wedding ceremony. She posted a collage of the family, and we can see that she is wearing a stunning black gown of floor-length that includes a leg slit and some cutouts.

There is no doubt that the entire family looked fantastic in the gowns. Even the eldest daughter Megan was looking fabulous in a green dress, and Tilly was wearing a beautiful burgundy gown.

Even some Spice Girls made it to the wedding, such as Mel B and Mel C. Unfortunately, we did not witness a reunion as Emma Bunton and Geri were not in attendance.

We don’t know about you, but we are eagerly waiting for the cover of Vogue magazine and the entire spread of the wedding. From the glimpses, we can see that everyone and everything looks gorgeous, and it was an event to be at in Hollywood.