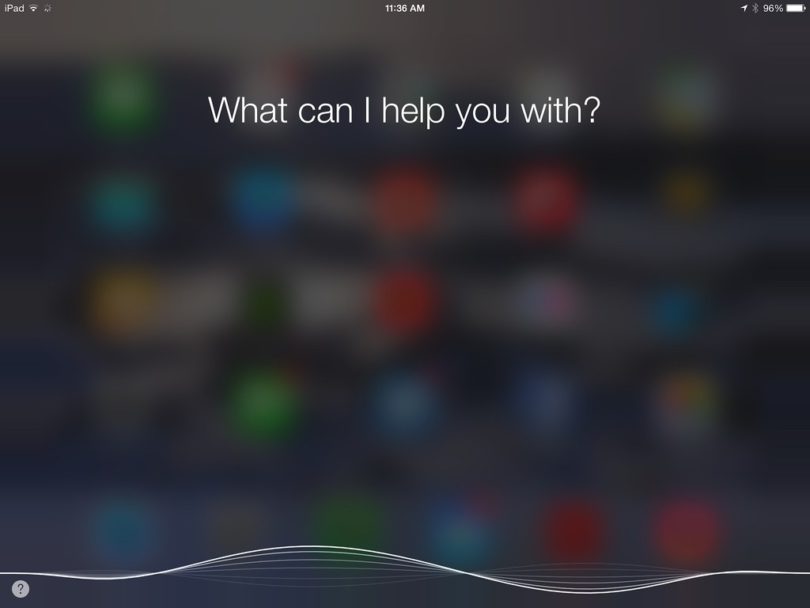 Have you ever wondered if your conversations with Siri are being recorded? Come on; you’ve asked Siri some pretty stupid stuff and wondered if anyone was listening to you. You know, that three AM munchie session that included you asking Siri if any all-night sushi restaurants delivered. Yeah, everyone has done it before. So, the question is, are they listening to you? Well, the answer to that question is anyone’s guess.

Ireland’s Data Protection Commissioner has contacted Apple after a whistleblower’s comments. Thomas Le Bonniec, a former Apple worker, contacted the commission stating his concerns about the matter. Neither the Commissioner nor Apple have come right out and said if what you say to Siri is being recorded. The investigation is only in its infancy, and it will take some time before everyone knows the results. It’s safe to say that everyone how has ever felt stupid for asking their phone silly questions is on the edge of their seat, wondering what extent Apple keeps these conversations on file.

Should you change the way you use Siri?

Well, let’s be honest and say that it’s probably not going to have any impact. You’re still going to ask Siri the dumbest questions that you’re too afraid to ask someone else. Sure, you could type them in Google and ask, but that would require you to read. Who wants to go through all the effort of reading when Siri can tell you? It’s hard to imagine that anyone would consider changing their use of Siri even if they came right out and said all conversations are being monitored. You kind of feel as if all the conversations are monitored anyway. Do you really expect that you’re only talking to your phone and no one else? All actions between you and Siri take place on the internet, so there’s plenty of room for all kinds of eavesdropping.

What to expect if the commission finds Apple misled the public?

What would happen if the commission discovers that Apple misled the public? Probably nothing at all. Are you going to change the way you use Siri? Let’s face it; Siri is a part of our lives. You use Siri every day, and that’s not going to change. It might make you think twice before asking it something idiotic, but the average person won’t stop using it. If anything, Siri might receive an increase of really stupid messages. If people know someone on the other end is listening, they might try to be outrageous as possible.

Siri is not alone in the world of electronic personal assistants

Don’t be surprised if, in the near future, Amazon’s Alexa faces similar allegations. The more products like Siri and Alexa that are available, the more likely privacy concerns will rear their ugly head. Any person who uses such things has to expect that their privacy is compromised on some level. The level of compromised privacy the average person is willing to accept has been untested until now. Maybe soon we’ll know how far people are willing to go to protect their privacy if they stop using Siri.