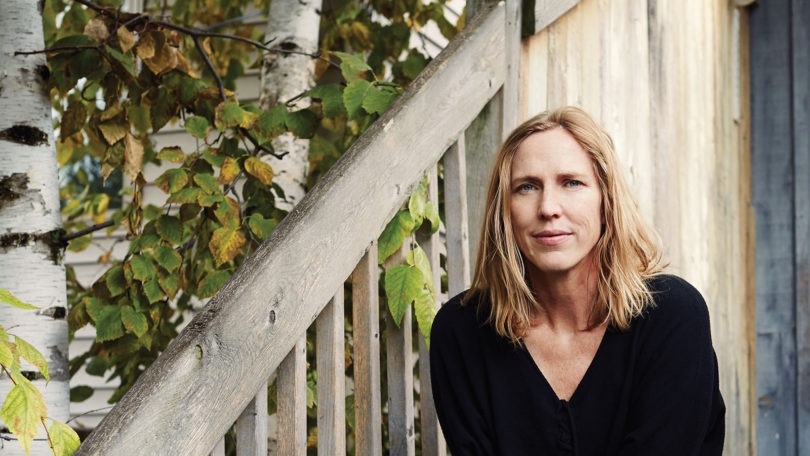 There’s a new feisty and fictitious girl in town named Swiv. So, who is Swiv? Well, she’s a nine-year-old narrator of Fight Night, the new novel of Miriam Toews, and once you read the novel, you won’t be able to forget any of the highs and lows of this little narrator.

Miriam Toews’ new novel follows the story of Swiv as she writes a letter to her absentee father, who struggles with mental illness. During this time, Swiv is also taking care of Elvira, her ill grandmother, as her mother, Mooshie, an actor, is at work while she is at home after being suspended from school due to a fight.

Swiv recounts in her letter how her poor grandma is known in charge of homeschooling Swiv and has taken on the task by creating a distinct curriculum, which focuses on story writing and telling. In return, Swiv has told her grandma and mom to write letters to the child that her mom is pregnant with. Within the letter, the nine-year-old also recounts several other stories she has heard of within the house. However, to the mature eye, one can begin to decipher themes of both psychological and physical systematic abuse one finds in a religious and patriarchal society. It is this very society that her grandma and mom fled. The antagonist of the story is Willit Braun, a self-righteous authoritarian of the church, who, in the words of the grandma, rob them blind.

It is no surprise that this masterpiece has been crafted by the award-winning Miriam Toews, a Canadian writer. Including Fight Night, Toews has written eight novels, her previous novel being the well-known “Women Talking.” Several of her works are depictions of her strict and bizarre upbringing, along with the suicidal deaths of her sister and father. Fight Night also seems to be no exception to this recurring theme.

Timeless is one of the many words that one can use to describe this story. However, the themes allow for it to resonate heavily with the #MeToo movement. The stories of Swiv’s grandma and mom fleeing falls in line with the ideology of smashing the patriarchy. However, a political rant is the last phrase that one would use to describe the essence of Fight Night. Using Fight Night, Toews has created female characters that become the embodiment of the eccentrics and endearment that lies within the empowered women of the world, each fighting a version of Willit Brauns that exists within their lives.

Perhaps, using a nine-year-old as the narrator of Fight Night is the best decision that Toews made for the novel itself, and she has done an exemplary job of it too. In Fight Night, Toews has perfectly encapsulated the perspective of a child and how children adopt the language of the adults around them, which can be vividly seen in the way Swiv narrates stories for her father. Throughout the process and the heavy theme, Toews did a remarkable job of not losing the fundamental innocence that children hold.