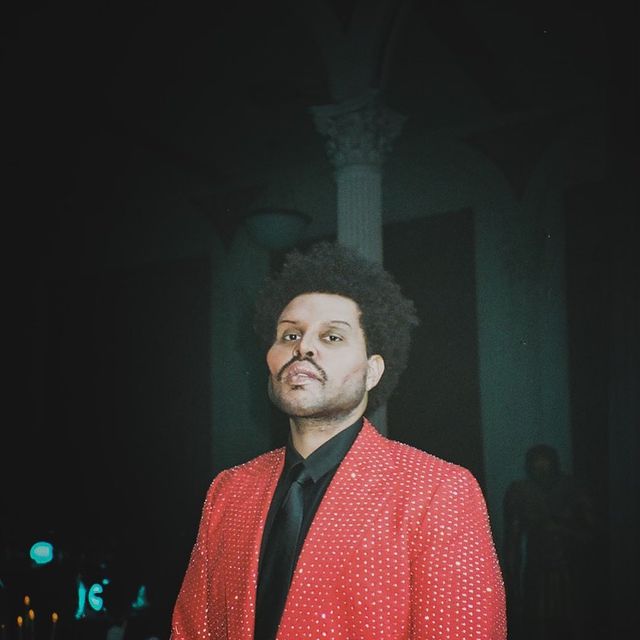 The Weeknd continues to shock the audience. Of course, you saw the last videos of The Weeknd, whereby he was after an accident with a bloody and bandaged face. Then the artist appears completely bandaged and performed at the Super Bowl. In this way, he draws attention to the consequences of drunk-driving accidents. And now he went even further.

On his last video “Save Your Tears” he showed his new face with disfigured cheekbones and nose, full lips, and cheeks impaled with fillers. The video-making duo Clique put Abel on stage in front of mysterious, almost immobile people wearing carnival masks, nodding to Stanley Kubrick’s famous secret society scene from “Eyes Wide Shut”. The mystical atmosphere contrasts with the eccentric, almost buffoonery of the singer. But even more frightening is his face, disfigured by plastic surgery (in fact, by make-up). Abel connected the story with AMA 2020 performance when his head was wrapped in bandages. From his videos and shows, he makes something like a series with a consistent plot. In the events of 2020, when the entire world lost faces behind masks, this brutal metaphor looks especially accurate.

An anthropologist Alvaro Jarrin who analyzes the social consequences of plastic surgery explains this action. First, we might think that bruises and bandages are an allegory of The Weeknd’s war with drug addiction. The Weekend has been exploring this topic for a very long time throughout his musical career. The singer noted that “Fear and Loathing in Las Vegas” inspired him. The protagonist of the movie is often hallucinated and out of control. We have one more key. In all the videos of the album, you can notice that there are constant observers who are watching the weekend, it can be a crowd of masked fans in the video or a crowd that reaches The Weeknd to grab him. In all cases, it may be a comparison of fame with a loss of personal space and privacy. In this way, The Weeknd shows how uncomfortable he is with the loss of privacy and that celebrity status makes him vulnerable.

In one of the most violent music videos of The Weeknd “Too Late,” the topic of plastic surgery is repeated. There the main roles are played by two women who have completely bandaged heads, and they find the severed head of The Weeknd and decide to attach it to the athletic body of a stripper. The metaphor is that Weeknd feels tired of how people judge by looks and choose their idols by appearance, which is usually not real.

Using bandages, prostheses, and a changed face after surgery, the singer wants to tell us that some parts of his private life should be closed and always remain so. The Weeknd also acknowledges the great pressure he and other celebrities have to live up to the unrealistic beauty standards that are often imposed. We know cases when famous people do not meet beauty standards. And the paparazzi cash in on photos that make celebrities look bad.

Feminist and literary critic Virginia Blum has also written about how celebrities are admired for their ability to look beautiful, but they are also heavily criticized when they have gone too far in plastic surgery or look not as fresh as earlier overtime. The Weeknd asks fans to think over about the discrepancy between his appearance and his job.

The Canadian singer explained the meaning of the face disfigured by plastic surgery and the bandaged face he wore. He told Variety that this kind of look is like celebrity culture. “The usage of the headband observes the wild culture of celebrities and people who change themselves for facile reasons to achieve recognition,” explained The Weeknd. “I suppose you could understand, being attractive to me is not important, but a convincing story is important,” he concluded.