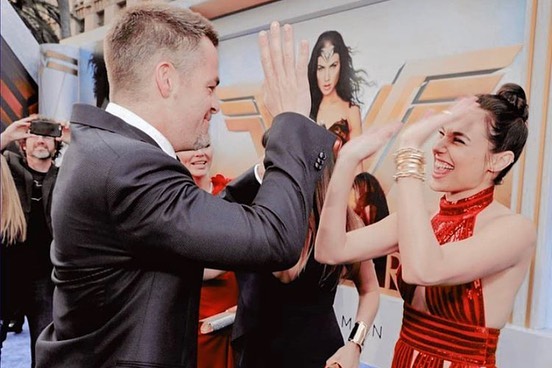 Wonder Woman is one of the most iconic characters ever to grace the big screen. In a film industry where superhero movies are largely dominated by male superheroes Wonder Woman has carved out its own prominent position and fan following. Many actresses were considered before Gal Gadot was finally selected to play the role of Wonder Woman. After the first movie was release in 2017, many believed that Gal Gadot was the perfect casting for the role of Wonder Woman. The movie received great reviews and was a success at the box office.

Fans had been waiting anxiously for the sequel of Wonder Woman i.e. Wonder Woman 1984 however multiple delays in the releasing process have still kept the sequel off the big screen. The delays have been caused due the pandemic however there has been some positive news as well. It has now been said that Wonder Woman 1984 will be released in December 2020. Fans are really happy about the news and they are expecting a great movie once again that would complement the success of the first film.

Let’s take a look at what we know about the movie up till now. (This may have some spoilers)

After several delays, Wonder Woman 1984 has a release date. The movie will be released on Christmas day. (25th December 2020).

Setting Of the Movie:

As the name suggest, the movie will take us back to the good old 80s. The filmmakers have put a lot of focus on creating an 80s feel throughout the movie.

Chris Pine Is Back:

The character, Steve Trevor played by Chris Pine will return in the sequel. (Spoiler Ahead) Steve Trevor died in the first installment which is why it came as a shock to many people when he was seen in the trailer for Wonder Woman 1984. We don’t know how he returns but there are speculations that he may be brought back to life by Diana or any other character using the dream stone.

Who Is The Villain?

Kristin Wiig is mostly known for her comedic characters. However this time she will be seen in a completely different role. She will be seen in the role of an enigmatic villain by the name of Cheetah. She is an old colleague of Diana (Wonder Woman) who has an everlasting lust for power and has a certain level of jealousy towards Diana. This lust is what turns her into a villainous person or we should say Cheetah.

Is There Going To Be A Sequel

To all the fan’s delight, it has been announced that there be a 3rd film in the installment and in addition to that there will also be a spin off movie on Amazon and Wonder Woman’s homeland of Themyscira.

With the director already talking about the third film and spin off series, it can be said that the cast and crew are very confident about the movie’s success. So we might be in for an entertaining and enjoyable experience.