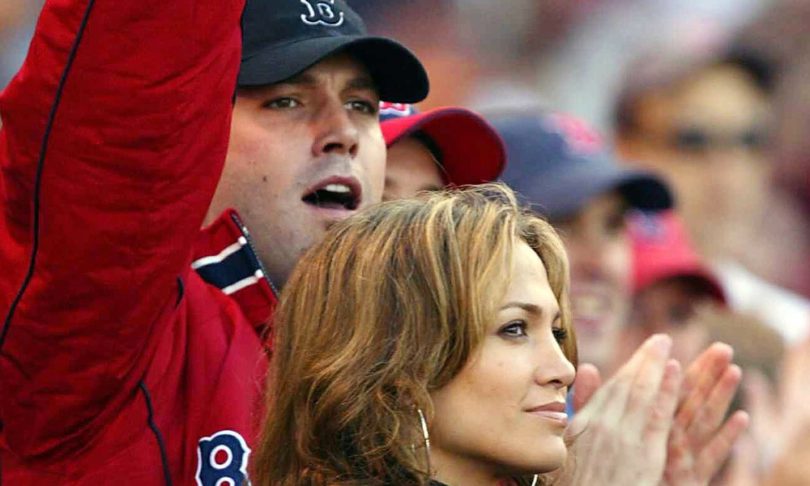 Ben Affleck and Jennifer Lopez have been one of Hollywood’s hottest couples for some time now. The couple was first together back in 2002. They’ve had their ups and downs, but they’re finally back together! Their fans are really hopeful that this time the couple would make it. When Ben Affleck and Jennifer Garner got divorced, the Batman star looked very sad and distressed however his smile is back once he got back with her old romance Jennifer Lopez. It seems like he is living the happiest time of his life. Many fans speculated if they would see Bennifer again however Jennifer Lopez was engaged to the baseball star Alex Rodriguez. Once their engagement broke down and people saw Affleck and J-Lo together, the fans just erupted with joy. Not for their previous relationships breaking down but because they were now going to see one of the most beloved Hollywood couples Bennifer once again.

Ben Affleck: Ever the Protective Boyfriend

It is no secret that Ben Affleck is one of the mildest mannered people in Hollywood. He has been in the industry for a long time but does have that sense of arrogance that most Hollywood actors do. One instance happened in Italy when both Affleck and J-Lo were at an airport and a fan tried to come in front of them and take a selfie with Lopez. Ben Affleck very politely and calmly put both his hands on the guy’s chest and asked him to step back. You could hear the calmness in his voice when he said this but we can understand how upset he actually was.

What such overzealous fans do not realize is that celebrities are human beings too. They are used to the limelight but they don’t want people to invade their space. It is very important to ask for permission from the celebrity before you can take a photograph with them. However, this fan just barged in and started taking a selfie. This startled J-Lo and we don’t blame Ben Affleck for stepping in to protect her partner. This shows he is a very loving and protective partner.

This doesn’t just show how good of a partner he is but the way he gently and politely pushed away the fan shows how good and decent his upbringing is. He is a great human being who cares for the fans. We understand the fan was really excited to see his favorite celebrities however even when Affleck put a space between him and J-Lo, the fan still tried to take a selfie and that is when Affleck pushed him farther away and then the security personnel at the airport detained the fan while the celebrity couple walked away. J-Lo smiled while walking away from there showed how professional she actually is. She did not let the incident change her overall attitude. This shows how this wasn’t the first time a fan did that and with her level of popularity and the number of fans she has all over the world, we don’t think it would be the last time any fan does that to her.