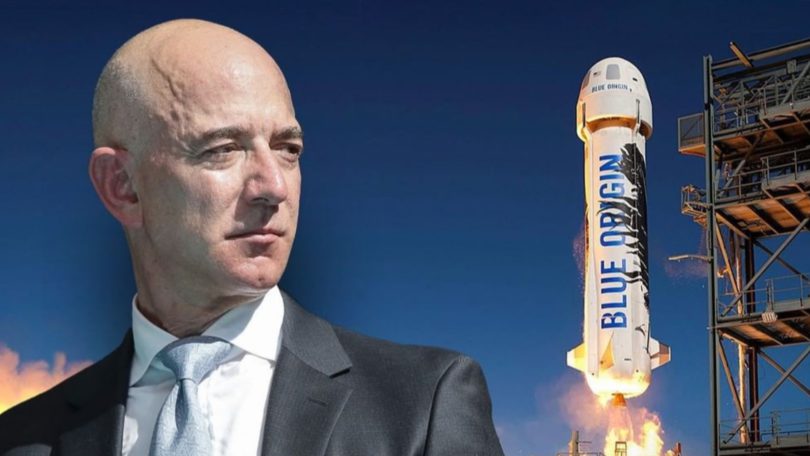 The richest man in the world will make the first commercial flight before Musk and Branson. The famous billionaire is going to fly into space in July on the New Shepard spacecraft. He will go on a trip together with his brother. The flight is scheduled for July 20, 15 days after Bezos steps down as Amazon’s CEO.

“From the age of five I dreamed of going into space. On July 20, I will take this journey with my brother. A great adventure with my best friend,” said 57-year-old Bezos.

If the plan succeeds, Bezos will become the first billionaire to test space technology on himself.
Blue Origin also confirmed that Bezos and his brother Mark would fly into space in July with the winner of the auction for the first manned flight of the New Shepard spacecraft.

New Shepard is expected to send the first passengers into space on an 11-minute flight.This will be the first manned flight for the New Shepard spacecraft. Previously, the spacecraft performed 15 test launches: all were unmanned and were successful or partially successful. Blue Origin completed its last flight test on April 14th.

New Shepard is a manned capsule launched with a reusable single-stage rocket. Landing is carried out using parachutes. There is an emergency rescue system. Blue Origin is currently working on a more ambitious project, the New Glenn heavy-class reusable space rocket. The carrier will be conceptually similar to the famous Falcon 9 from SpaceX. New Glenn’s first flight is slated for 2022, although a postponement cannot be ruled out.

The space ship New Shepard is intended for short suborbital tourist trips beyond the earth’s atmosphere. The capsule and the rocket are separated at an altitude of about 40 kilometers, after which the first reaches an altitude of about 100 kilometers, that is, the conditional lower boundary of space. The launch vehicle makes an independent descent and vertical landing using the engine. The main purpose of the system is space tourism.

Plans For The Future

Jeff Bezos not only wants to go to space but also seriously plans to create autonomous space stations on which people will live. Bezos himself has repeatedly described how he sees humanity in space. People will live in giant colonies stations that can fully support themselves. And his company Blue Origin is working towards an early implementation of this idea. Jeff never elaborated on any political or social aspects of such space settlements.

All activities of Bezos’ business projects in general and Blue Origin are distinguished by careful planning. His undertakings are always worked out for years to come and are carried out according to plan. The success of the New Shepard development program showed this to the full.