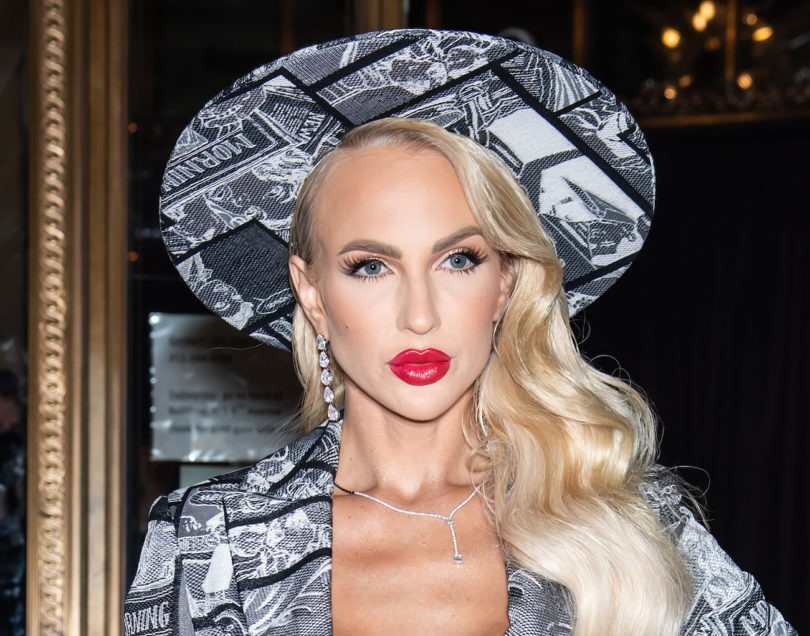 The Show, Selling Sunset, made its debut on Netflix in March 2019 and gained a lot of popularity and till now has released five seasons, with the sixth one in the works. It revolves around the Oppenheim Group, which is a firm consisting of famous real estate brokers. One of the questions in everyone’s mind was whether the reality star Christine Quinn, who has been in the show since day one, would leave or remain a cast member. So, if you’re a fan of the show, there’s good news as Christine has now confirmed that she will be featuring in Selling Sunset for season six!

The rumors of the 33-year-old Netflix star quitting the show arose when she announced that she’d be leaving the Oppenheim group. During her book promotion tour of “How to Be a Boss B*tch,” she talked about how Selling Sunset has been a huge part of her life, and even if she doesn’t work for the brokerage, she’ll still want to stay in the show. The relationship between Christine and her co-workers, including Chrishell Stause, Mary Fitzgerald, etc., started off smoothly but later on became tense with a lot of feuds occurring between them all. However, the major turn of events happened in the last season as it got quite a bit dramatic. It all started when the reality star was accused of stealing a client from another cast member, Emma Hernan, by offering 5000 dollars to the client. The other stars on the show, along with the owner of the Oppenheim Group, Jason Oppenheim, started to investigate her to confirm if it was all real or fake.

Christine denied doing anything like that and ended up deciding to leave the real estate brokerage for good, and soon after, her name from the Oppenheim website was removed. But, according to her, even after all the drama, she seems to be on good terms with her co-workers now. The Netflix star spoke about how she and Jason later had a talk about this in which he said he was just following the information he was provided with. Christine responded to him by saying he should’ve talked to her directly about it, and she would’ve cleared it all out back then, answering any questions he wanted. Still distant from the other girls in Selling Sunset, Christine only remains on good terms with Davina and Chelsea. When the show’s reunion show was premiered, everyone noticed the absence of Christine, who she said she didn’t attend to due to having COVID. She also remarked that the reunion was so boring that only the host kept it alive.

Now, Quinn, along with her husband, Christian Dumontet, have their own brokerage opened with the name “RealOpen.” She mentioned how she started this venture as there was opening the marker in cryptocurrency; hence her brokerage will help people buy or sell houses through crypto. It’ll be quite interesting to see how season six of Selling Sunset will go down as Christine won’t be in the Oppenheim brokerage. Maybe the storyline will now be about a face-off between two separate brokerages? Guess we’ll find out when the new season will come out!