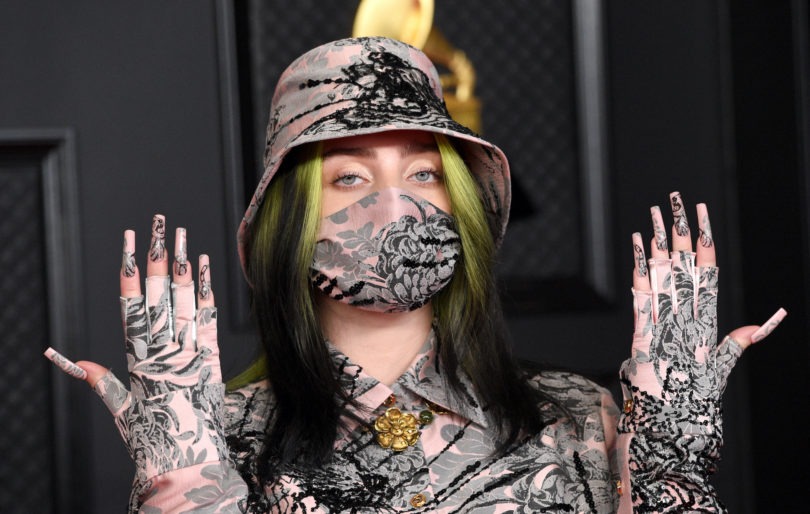 Billie Eilish is one of the most successful female singers of today’s times. She has given us a lot of hit singles in just a few years. Not only that, but she even won five Grammy Awards in 2020.

Recently, she made an appearance on the premiere of No Time To Die.  Since the premiere, people can’t stop talking about the new addition she made to her body. If you’re wondering about it as well, you no longer have to. Here is everything you need to know.

What Is The New Addition To Billie Eilish’s Body?

Eilish likes to keep her life private and prefers anonymity. It is for this reason that she changed her hair by dying it platinum blonde. This change came a few months ago.

Besides her hair, the singer has also made other changes. No one knew about this addition until her recent appearance. Eilish got a tattoo on her wrist.

However, this is not the first time the singer has gotten herself inked. Aside from this new tattoo, she has two other designs on her body as well. So in total, Billie Eilish has three tattoos.

Design Of The New Ink

It is no secret that Eilish loves mythical creatures. Despite that, fans were shocked when they saw a fairy tattoo on her wrist. The ink was partly visible since the singer was wearing a full-sleeve dress. However, by the looks of it, the designs seem like two fairies close to each other.

Once the pictures hit the internet, fans went wild about it. That is because Eilish keeps her tattoo designs private. For example, she has never revealed a photo of her chest ink. Not only that, but fans haven’t seen her leg tattoo entirely as well.

This new tattoo surprised the fans. However, it wasn’t much of a shock that the singer got a fairy design. That is because she uses the fairy emoji quite often on social media. Additionally, she loves mythical creatures a lot.

What Other Designs Does Eilish Have?

Besides the wrist tattoo, the singer has two other tattoos as well. These are:

In November 2020, Eilish got her second tattoo. Back then, she didn’t reveal anything about it. However, in June 2021, she posted some pictures of her new cover on Instagram.

The cover pictures were for Vogue magazine, and Eilish’s second tattoo was partly visible. It is speculated that the design is of a dragon. What we can surely say is that it covers the upper part of the thigh and goes up to her stomach.

This is the first tattoo that the famous singer got a day after the Grammy Awards. Fans have never seen the ink, but Billie revealed that she got her middle name Eilish on her chest in an interview.

That was everything you needed to know about Billie Eilish’s tattoos. While we know about three inks, fans believe that the singer might have more. But of course, there is no way to know for sure. If you’re excited about her new ink, then you should see her No Time To Die premiere pictures.